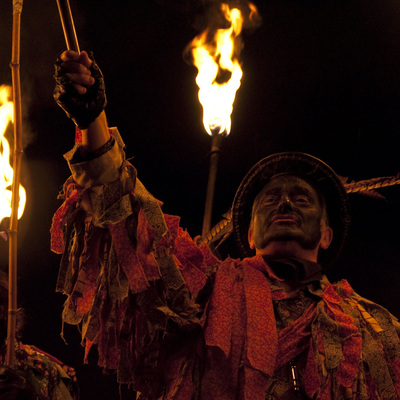 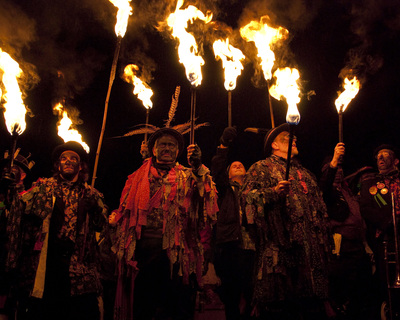 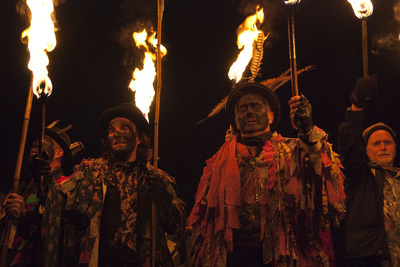 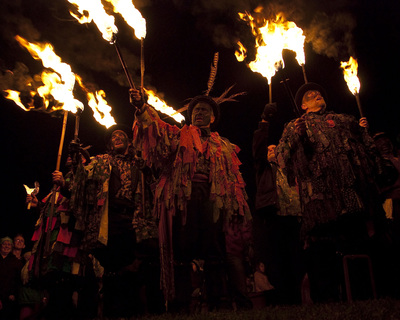 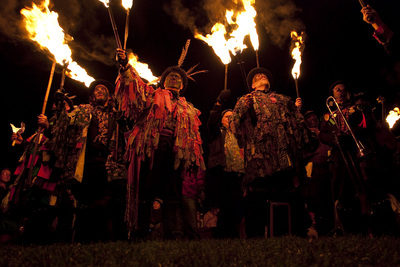 November:  Cider Social, Fort Langley BC
White Ladies Aston (Worcs.)
A Welsh Border dance from White Ladies Aston, in Worcestershire, assembled by our mentors, the Silurian Border Morris Men of Ledbury.
John Peel (Pershore, Worcs.)
This Welsh Border dance from Pershore, Worcestershire, was assembled by Dave Jones and originally performed by Old Wonder Not for Joes. Sadly, both Dave and Old Wonder are no longer with us.
Upton-on-Severn Handkerchief Dance (Upton-on-Severn, Worcs.)
A dance collected and reported by Maud Karpeles in the early 20th century
Monkey Cocked his Tail Up (Pershore, Worcs.)
A Welsh Border morris dance from Pershore, Worcestershire, based on the interpretation of Dave Jones (Silurian Welsh Border Morris and Old Wonder Not for Joes) and supplemented by our own research in Pershore.
After the Ball was Over (Pershore, Worcs.)
A Welsh Border dance in the Pershore tradition, assembled by the VMM from the notes of Welsh Border collector Dave Jones as a result of his conversations in the 1980's with 1920's Pershore Not for Joe dancer Bill Scarrott. Unfortunately, both are now deceassed, but Jones' manuscripts remain the essential Welsh Border dance source.
Apple Tree Wassail
A brief extract of the end of our rendition of the Waterson's interpretation of the Apple Tree Wassail song.
Abbots Bromley Horn Dance (Staffs.)
This is traditionally performed in early September in the village of Abbots Bromley, Stafforshire. However, this interpretation is from the Thaxted Morris Men who perform this dance annually at the Thaxted Ring Meeting.
Wassailing the Apple Trees, to the Cob-Coaling song
This involves "honouring" the trees and scaring away eveil spirits to ensure a good harvest. The following year, we drink the result of our wassail - fantastic cider! Since this is around Novermber 5, we incorporate the Waterson's Cob Coaliing song into our tradition.
Souling Mummers Play
September 12:  A trip on a Viking boat, a dance or two - and a bride! 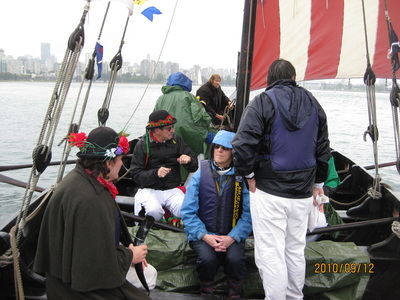 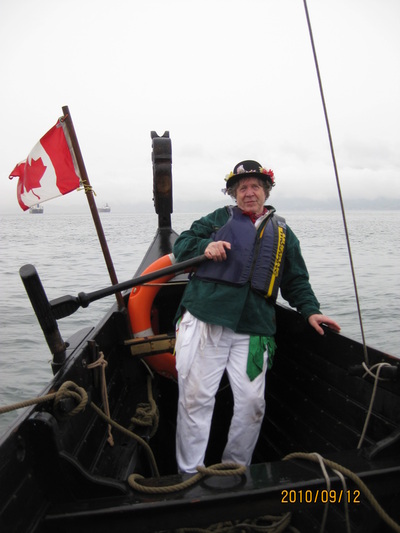 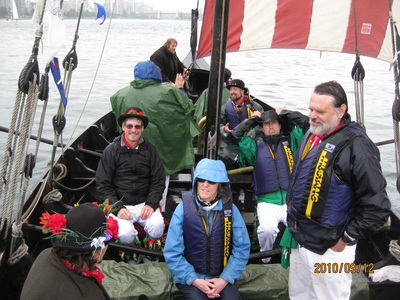 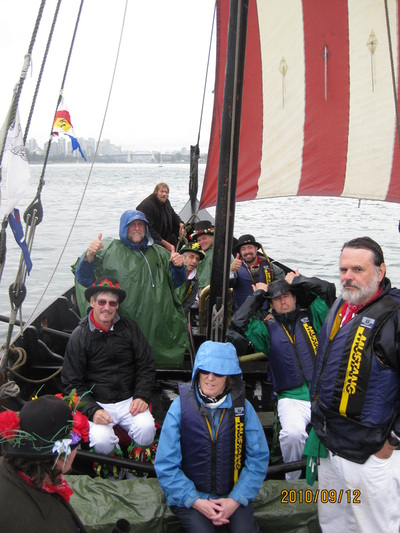 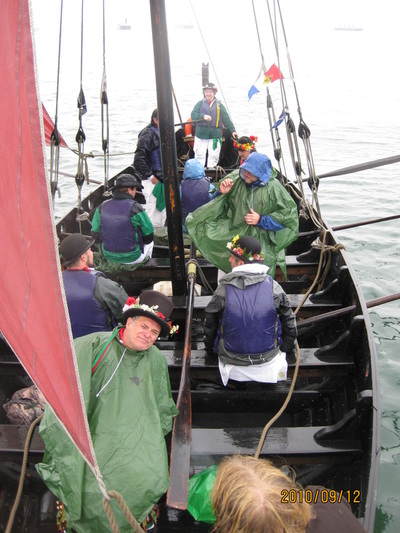 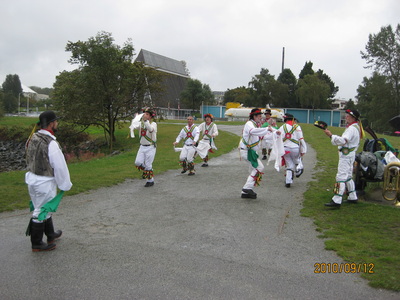 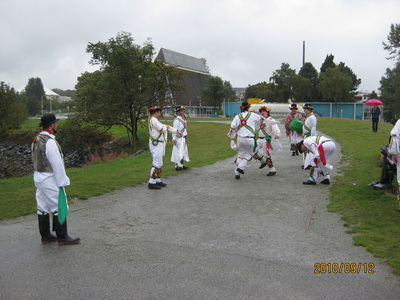 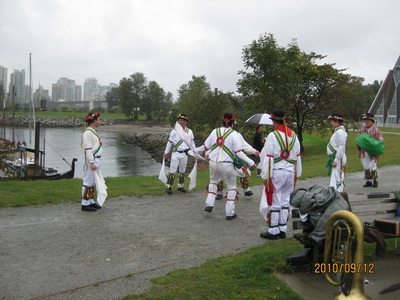 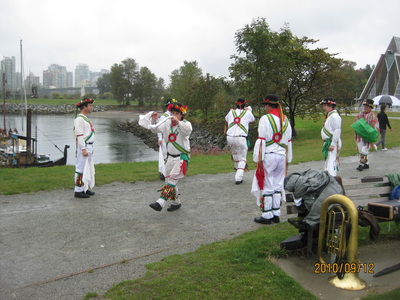 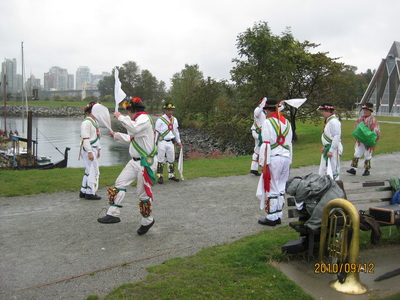 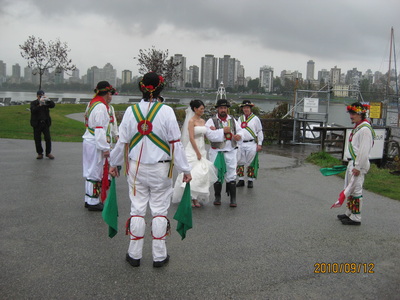 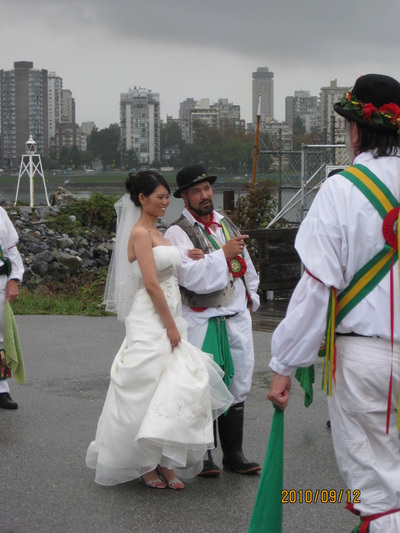 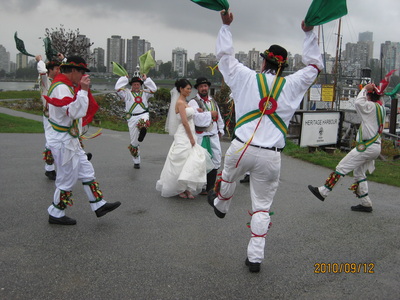 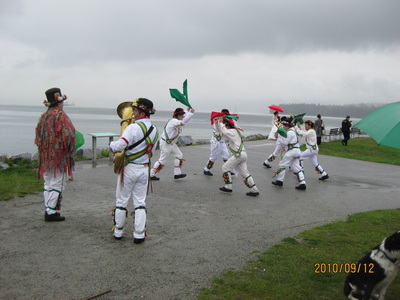